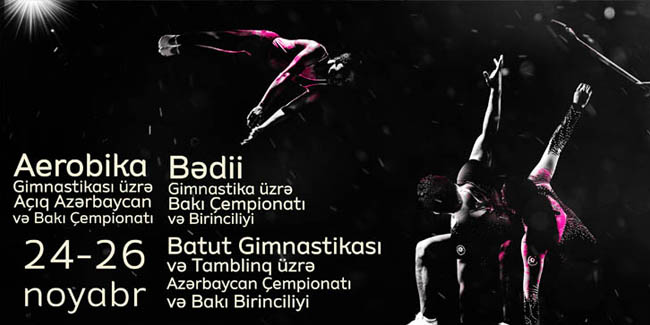 It should be noted that the gymnasts from Estonia, Bulgaria, Germany, Hungary and Russia are expected to join the Open Azerbaijan and Baku Aerobic Gymnastics Championships within the framework of the 4-day competition which is to turn into a real gymnastics festival. They will compete in 5 age categories (2009-2010, 2006-2008, 2003-2005, 2000-2002, 1999 and older) according to the Individual program (Women & Men) as well as to the program of Mixed Pairs, Trios and Groups.

Join our events and support our gymnasts!