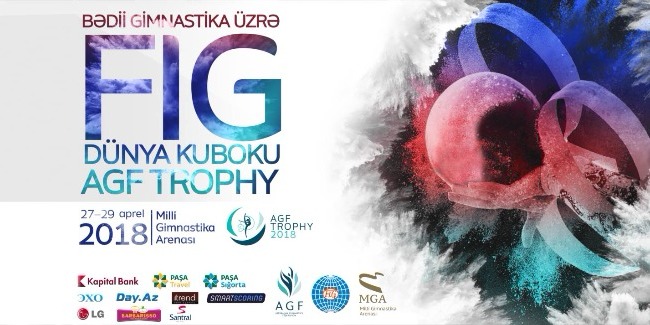 The representatives of one of the most favourite Gymnastics disciplines - Rhythmic Gymnastics, which embodies strength, courage and determination, alongside with elegance and art, will be the guests of our capital again.

Thus, Baku prepares to host the FIG World Cup in Rhythmic Gymnastics for the six time. 222 gymnasts from 37 countries is expected to participate in the tournament to be held on April 27-29, 2018. 72 of them will perform in the individual program, while 150 gymnasts will take part within the teams in group exercises.

The gymnasts, performing both in the individual program and within the teams in group exercises, will compete in the qualifications to be held on the first two days of the events. Qualification results will define the All-Around winners as well as Apparatus Finalists in both programs.

The strongest 8 gymnasts and 8 teams in group exercises will compete for the first place in the finals to be held on the last day of the events.

Moreover, the gymnast and team in group exercises with the highest execution score will be awarded with the traditional “AGF Trophy” in the tournament.

Tickets for the interesting and pleasing events can be purchased at the MGA ticket office, as well as at \"28 Mall\" and “Ganjlik Mall” shopping centres. The ticket prices for qualifications constitute 10 or 15 manat, while for finals - 15 or 20 manat.

More detailed information about the competitions can be found on the federation’s official website (www.agf.az).